The Indy Racing League, sanctioning body of the IndyCar Series and Indy Pro Series, is poised to absorb teams and potentially ’08 race events. George had offered free Honda engine lease programs and free Dallara chassis to teams, plus the incentive of the TEAM (Team Enhancement and Allocation Matrix) program, which pays a minimum $1.2 million to full-season teams.

Indy Racing League officials and IndyCar Series teams have been assisting prospective teams get ramped up for competing under the IndyCar Series banner on a challenging mix of ovals and road/street courses.

“Now the work begins,” said Terry Angstadt, president of the Indy Racing League’s coommercial division, in a meeting with league personnel shortly after the announcement.

No transition teams are expected to participate in the IndyCar Series’ first Open Test of the year at Homestead-Miami Speedway on Feb. 27-28. The test (4-10 p.m. ET both days) is open to the public free of charge, with viewing from the fourth level of the main grandstand. Timing and Scoring will be available on indycar.com. Some teams from the former CCWS might be ready to participate in an Open Test on the Sebring International Raceway road course March 3-6.

“It’s great that we’ve all got togethetfor the future,” said Will Power, who is expected to compete for Team Australia in its first year in the IndyCar Series. “This will give the sport a big boost and allow it to grow in many areas. Having one series will put all the best open-wheel drivers in the United States in one series and it’s going to be a really tough and exciting field.”

There have been two open-wheel racing series in North America since 1996, when the Indy Racing League conducted its first event at Walt Disney World Speedway. On March 11, 1994, George announced plans for an open-wheel racing series — with the Indianapolis 500 as its cornerstone — as an alternative to the sanctioning Championship Auto Racing Teams. That series went bankrupt in 2003 and emerged as the Champ Car World Series in 2004.

“This is a huge day for the IndyCar Series and for our sport as a whole, for sure,” said Andretti Green Racing co-owner Michael Andretti, a former CART season champion. “Over the years, whether I was in the role of driver, team owner or promoter, I have always wanted a unified sport. That has been my only goal throughout this entire process and I applaud everyone who played a role in making this happen. So many people have worked tirelessly, both publicly and behind the scenes, to get this done. Everyone can now focus on taking the IndyCar Series to new heights for the good of our sport and everyone involved in it.”

Andretti’s sentiments were shared by competitors, promoters and suppliers to the IndyCar Series.

Said four-time Indianapolis 500 winner A.J. Foyt, whose team, A.J. Foyt Racing, has competed in the IndyCar Series since its inception: “I’m glad that they were able to get it done. It’ll eliminate the confusion for the race fans and the sponsors because there’ll be just one type of car and one type of motor and everyone will be running together. May the best team win.”

Said Texas Motor Speedway president Eddie Gossage, whose facility hosts the Bombardier Learjet 550k under the lights June 7: “The fans have won and we have to give Tony George and the Indy Racing League credit for making a generous offer to resolve this issue.”

Said Sarah Fisher: “As a driver, I am extremely excited about the unification of open-wheel racing from an opportunity standpoint. This gives us the opportunity to compete against the very best in open-wheel racing. It will combine two great fanbases and grow a different fanbase that has not previously watched us on either side. In addition, there will be less confusion for casual fans and potential sponsors in the future. We have a clear vision with a clear goal and objective as a series moving forward.”

Honda, which began CART competition in 1994, moved to the IndyCar Series in 2003. Its Honda Indy V-8 engines, fueled by 100 fuel-grade ethanol, will power all the cars this season.

“We are elated that the sanctioning bodies have elected to combine into a single, cohesive and powerful IndyCar Series,” said Erik Berkman, president of Honda Performance Development, the wholly-owned motorsports subsidiary of American Honda Motor Co., Inc. “We welcome the opportunity to provide our Honda Indy V-8 racing engines to all participants in what we believe will instantly be a larger, stronger and even much more competitive field; and we eagerly look forward to what surely will be a very exciting 2008 racing season. Not only is this unification good for all the teams and sanctioning bodies; most importantly, it is great for fans of open-wheel racing, whose loyalties have been divided by two competing racing series.” 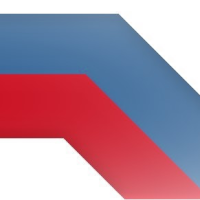